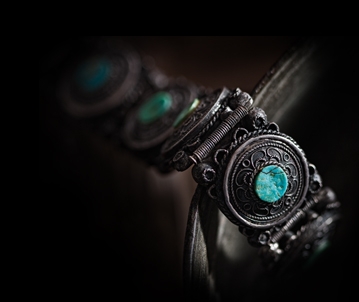 One of a kind jewellery. A true masterpiece.

Each gem is inextricably connected with its owner. It indicates the right way in life, brings love, happiness and success. However, when its owner’s life strays from the right path, the gem reflects that. It may turn darker and require intensive care and delicate handling.

The history of ELEN RUSSO began at the end of the XIX century in Russia.

It was then that a young noble Catherine from the ancient lineage of Alexeyevy decided to marry her namesake, a state councilor who proposed to her. Among the guests there was a far descendant of the jeweler of the first minister of France Jules Mazarini.

He brought a gift to the young couple - a bracelet with a large emerald cabochon. Cardinal Mazarini is known in the history of jewelry as the inventor of cabochon cut, so this gift had a historical value as well.

The guest told the just married that the gem would show them the true path in life, bring them love, happiness and success. And in case of trouble the gem would grow darker, develop flaws or even crack.

And so it happened – Catherine and her husband had a happy life, they had a son and a daughter. The gem of incredible beauty in the bracelet cracked the very day her husband fell ill with a terminal disease.

The son of the couple, Peter, who had come of age by that time, was so impressed with the story of the cracked gem that he decided to become a jeweler.

He opened a small jeweler’s workshop that produced jewelry with precious and semi-precious gems.

Having his own original style and being very sensitive to the mood and emotional state of the client, the young jeweler soon became known as a creative artist able to make unique jewels, examples of sophisticated taste. Peter especially favored cabochon cut.

He named the company ELEN RUSSO after his beloved sister Elena. However, during World War I and the revolution in Russia the company closed, seemingly, forever…

Thank you for your interest

Please fill in your details in the form below.
We will be in touch within 24 hours.